I didn’t know if I’d attend Gamescom this year (it would have been also my first one), but after a bit of courage and going there anyways by myself, I really cannot wait for the next one to come. It was a wonderful experience, met some incredibly talented and passionate developers and said hi to some close and new dev friends in person as well.

I wanted to make this post with a few notes in order to prepare for next year, and I hope they’ll be useful for you too! 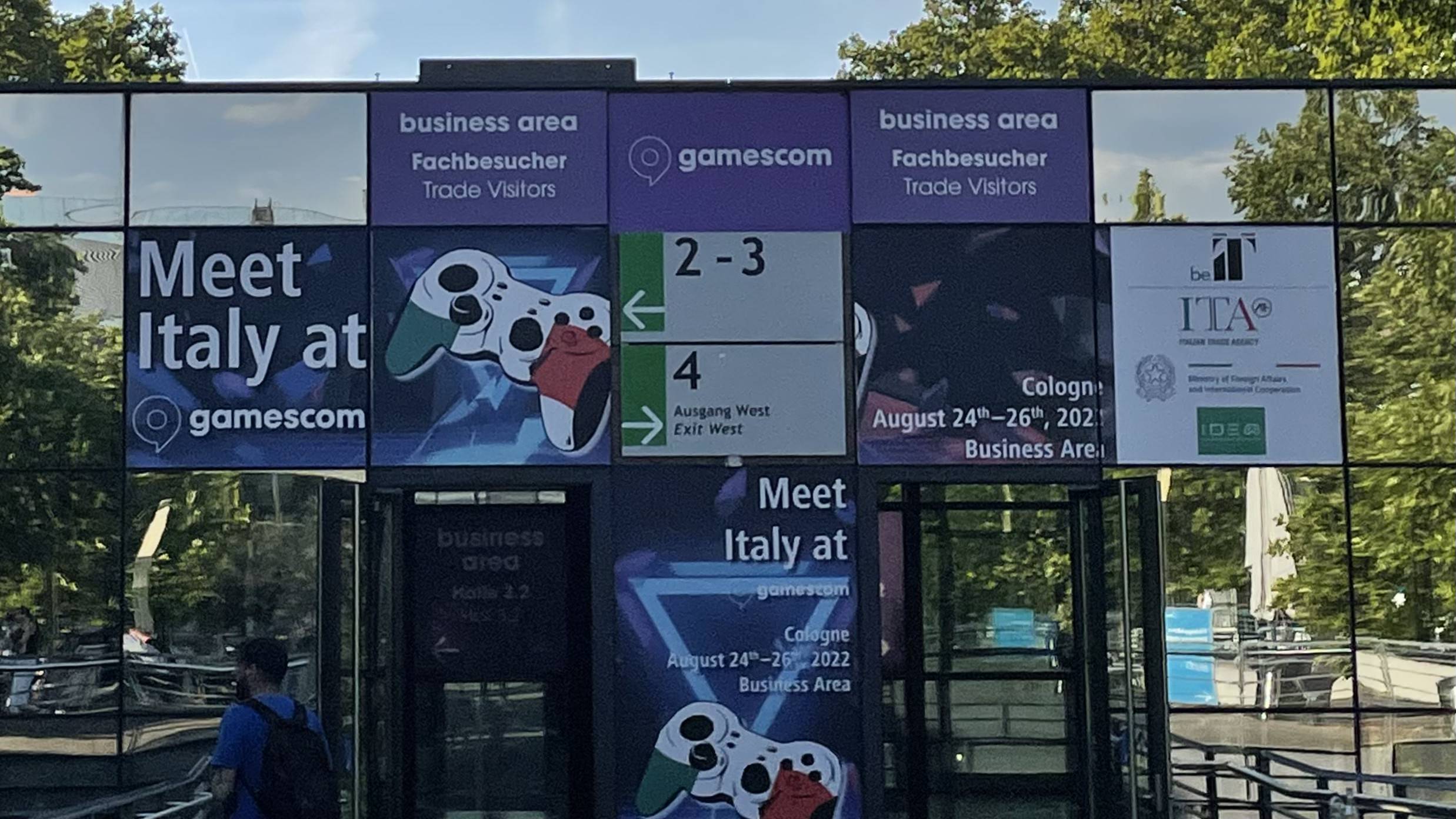 P.S. Please note that I’m talking about the Trade/business area, not the “gaming/consumer” one, as that’s a different thing.

PS. Oh hey almost three years ago I released a plugin called “Text Animator for Unity”, a tool I made/needed for my own games - and Today it is also getting used in other games like “Cult of The Lamb”, “Slime Rancher 2” and many more!! I’d love if you could check it out! you’d also support me while I work on exciting stuff behind the scenes, so… thank you very much! ✨

Show me the games Get it on the Unity Asset Store

Baaack to the article.

Schedule meetings more than a month in advance.

Since I didn’t know I’d be attending it this year, I started scheduling them from the 20th of July, only to discover that some companies/publishers were already full! (For reference, Gamescom is at the end of August.) You can safely start from June, which means that you need to have all the material (pitch/demo/…) around that time, though.

There are some meeting platforms that let you see both the attendants (e.g. publishers, investors, developers) and schedule a time slot with them (and you can receive meeting requests too, of course). One is Meet2Match, which has a fee and opens a bit in advance (you can subscribe to their newsletter to get updated), and the other one usually comes with the Gamescom ticket, but this year opened really close to the event and it was super late already, as I said above. I hope next year it’ll open earlier or it won’t be that useful, at least in my case.

Other than that, lookout for Twitter and Linkedin. People will start adding “Gamescom” to their username (e.g. “febucci ✈️ Gamescom”), use the gamescom hashtag (e.g. “gamescom2022”) and of course post about it. Also, don’t forget to ask them directly - including emails - especially if you know them already.

Anyone, of course! From publishers and investors, to developers and press, just meet people! (Of course prioritizing your main needs first, e.g. in my case, pitching my project.)

Thaaaat said, you’ll randomly meet/stumble upon people at Gamescom anyways, for example when you’re in your lunch break (this is how I met with a few publishers this year, too, and a few dev friends as well). This also means that the “breaks” are not breaks, actually, and in fact you won’t have any (but it’ll be worth it). 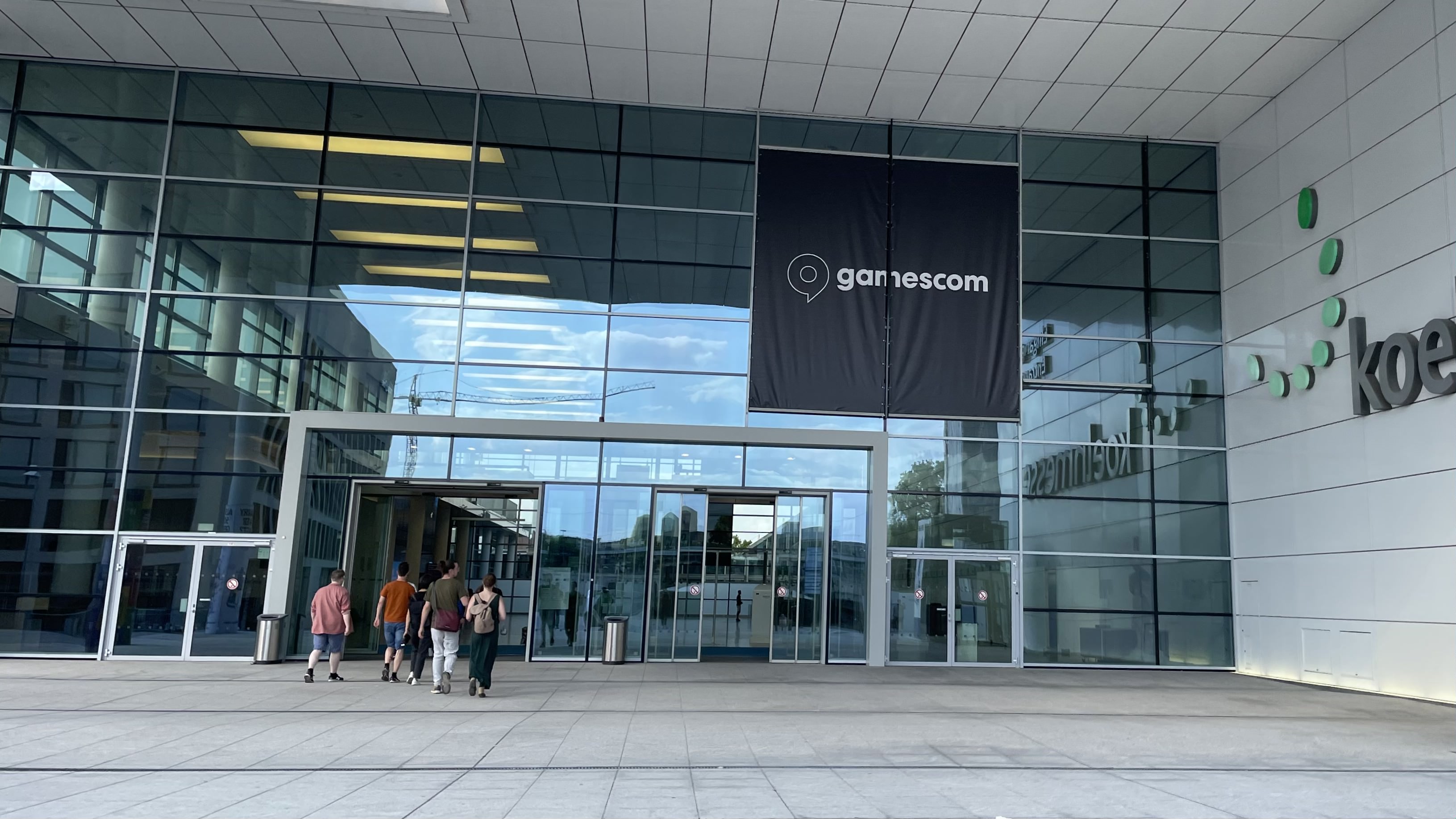 If possible, bring someone else from your team with you! In case you’re a solo dev, maybe someone in your family or friends (who can speak about your game and/or point directions to you, of course). They’ll be helpful in case your game has a booth but you’re busy walking from meeting to meeting, since they can stay there and catch people that are interested, which you can contact later. They can also help you with food, drinks and whatever, since you’ll very much need it.

Attending alone is doable - I did it this year - but it’ll leave you incredibly exhausted. This is why if my team won’t be able to attend next year as well, I’d still try to bring someone to help.

Also, if you have more people that are able to comfortably speak about the game to publishers/investors etc., you’ll either be able to split and have more meetings, or pitch in turns and have some time to rest.

If without a booth

If you do not have a booth, you’ll walk around from hall to hall for different meetings - and it’ll be painful. I carried around 8kg of stuff, from my PC (to play the demo), to the powerbank (as an emergency), to the tablet (to show a bigger presentation) etc., with over 25.000 steps per day.

Do not bring as much or you’ll die, dumb me.

Also, I discovered that there is simply no time to play the demo during the event, unless you have a booth and everything already setup for it. The only useful things were the phone and tablet in my case, really. You’ll send the demo as a follow-up after the event anyways.

There are some small food stands around that sell bread stuff, Germany meat stuff and other things (including drinks, of course). The price is high (compared to Italy, at least), but they know that you’re desperate and you know too.

That said, if you want a different path and ask around, some booths will have free food/drinks!! I have to thank Switzerland for the free sandwiches one day, Argentina for tomatoes with meat the other day, and Razer for the rolls/wraps with anything-just-leave-them-to-me-I-am-starving during the last one. There were other stands too, and things I missed as well, so just know that this there are different options and fallback plans.

I’m pretty sure at one point the Germany booth went wild with music, but I had a meeting at that time and couldn’t check.

The Gamescom ticket (for Trade visitors) comes with free public transports in that area for the business days only, so it doesn’t cover the days before or after it (e.g. when arriving or leaving in Cologne).

Most people leave during the last business day, in the early or late afternoon (which means that they might not be available for a meeting on the last day, but everyone will be pretty tired anyways). Some teams I know had to wait three hours in the airport though, since it was full packed of people, so account for that time in case you plan to leave this way.

You’ll be busy in the fair from the morning to late afternoon. That said, the event doesn’t stop there!

Lookout and ask around for events in Cologne in the late afternoon / evening, since you’ll meet many people there as well and you also need to eat, of course. In case you have no idea where to go, Gamescom attendants are so many that you’ll find some near/around the Dome anyways, for example in nearby restaurants.

Have fun! Meeting people that speak Game Dev is amazing, let alone being around tons of them and discovering everyone’s story and projects! I cannot wait for next year’s one, maybe with something new and exiting to show too.

Anyways - I hope this post was useful to you (please let me know if that’s the case!) and see you next time!

Read my next game dev content as soon as it's ready, straight to your inbox. (you can unsubscribe at any time.)


[Browse all other posts here]