--> Get Text Animator from the Unity Asset Store

Since its release in 2020, Text Animator for Unity has been used by thousands of developers all over the world, supporting many games (like “Cult of the Lamb” and “Slime Rancher 2”), platforms and genres.
Developers built their game(s) with Text Animator for both PC, console like Nintendo Switch, Playstation and Xbox, mobile platforms like iOS and Android and even WebGL (e.g. for uploading on Itch.io). 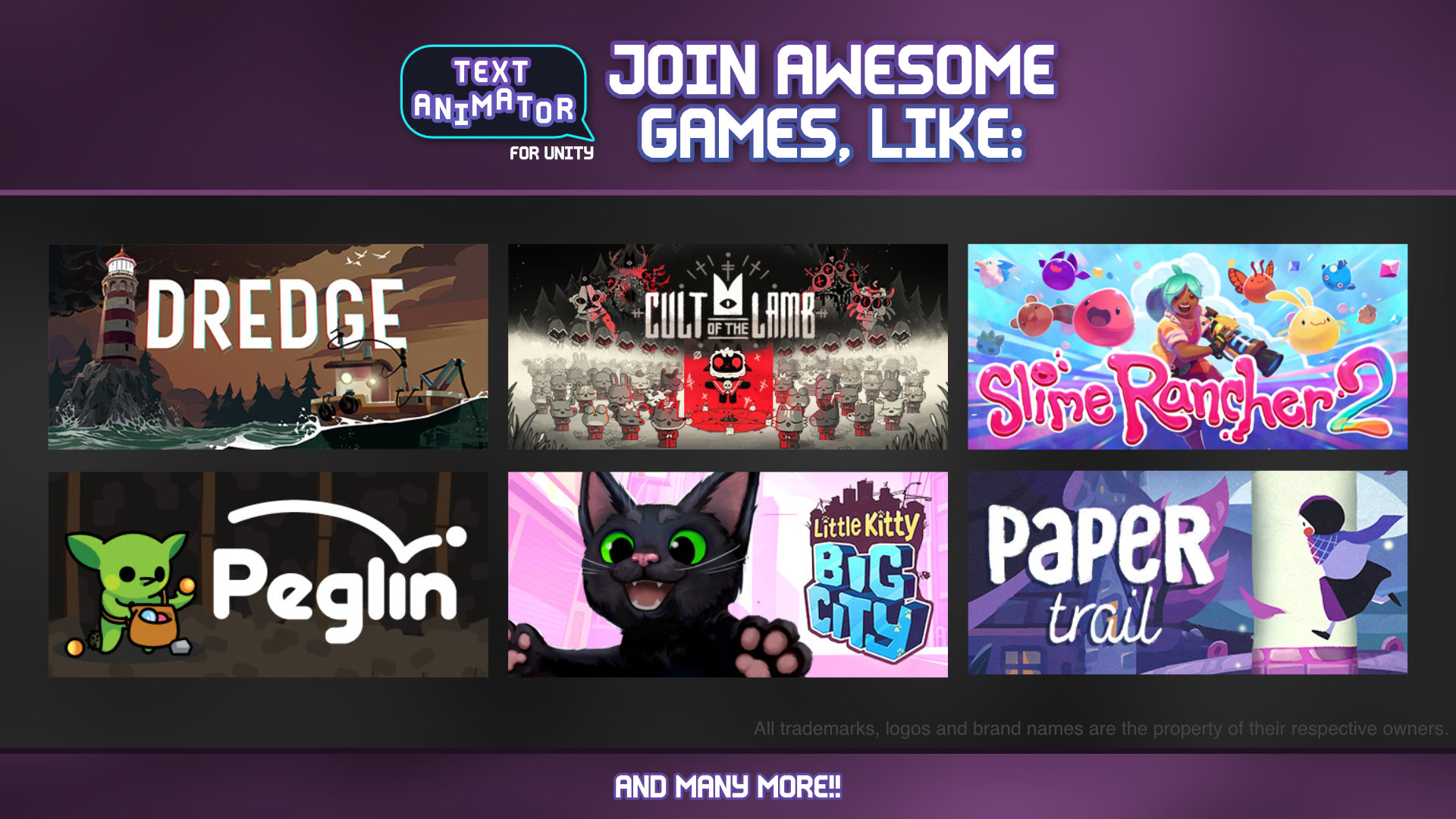 Get it on the Unity Asset Store

I am starting a little showcase, containing five games per episode that are using ‘Text Animator for Unity’.
I’ll share them throughout the year - here are the episodes so far!

Thank you for being a part of it!!

Get it on the Unity Asset Store

I would love to include your game in a future episode as well! If you would like to participate, please visit the following form.
Hear you soon!